Lina looked forward to the weekly after-school class with tweens this month at the Central Park Zoo. The Little Zoo Vets class (for ages 8-12) gave Lina the opportunity she has been waiting for...to learn more about internal medicine and perform physical exams with live animals (there was a bunny, a duck and a goat) using real medical equipment and supplies.  Zoology was covered with informative lectures (topics included ears, heart, lungs, GI tract, bones, bandages etc.) and fun hands-on activities with models and crafts. There was a jeopardy-type of quiz game at the end (one team called themselves The Big Cats and Lina's team named themselves The Cute Goats). The class was led by Dr. John M. Sykes, a distinguished veterinarian and a calm, patient, intelligent teacher. The class timed out well...because Lina could see her teacher on the reality TV show called The Zoo (season two started on Animal Planet), since Dr. Sykes is a WCS veterinarian and works at The Bronx Zoo. There were also two friendly and knowledgeable education assistants helping out with this terrific class. 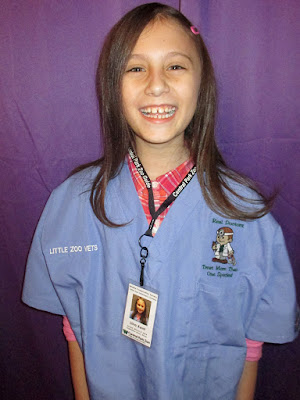 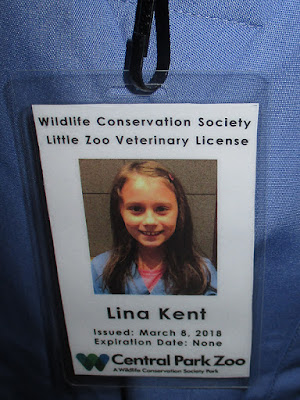 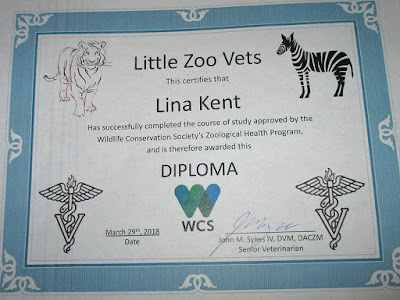 Lina was thrilled to examine "the cute and wise goats!" 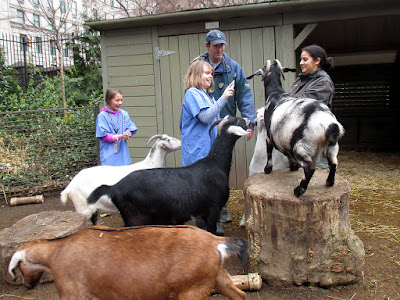 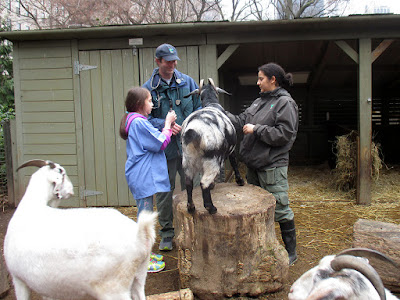 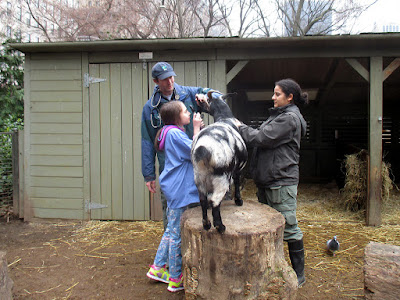 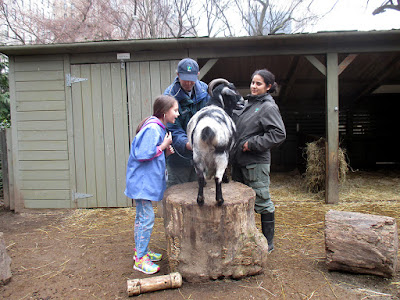 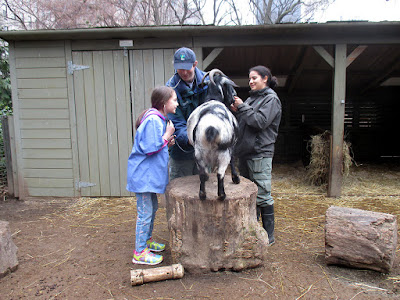 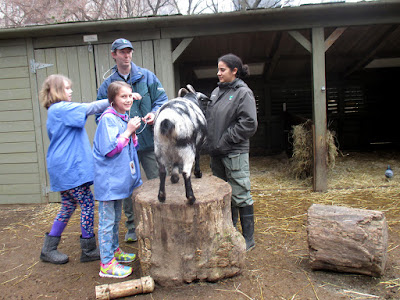 Our subway stop was a block away from Alice's Tea Cup, so the girly girl was pleased when we stopped by for delicious scones (our favs: pumpkin caramel and chocolate chip oreo, with clotted cream) and soothing tea (Alice's faerie potion was a hit, with osmanthus flowers, elderflowers and lavender). 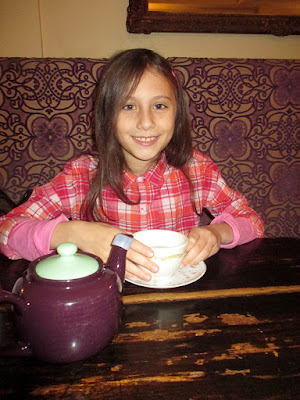 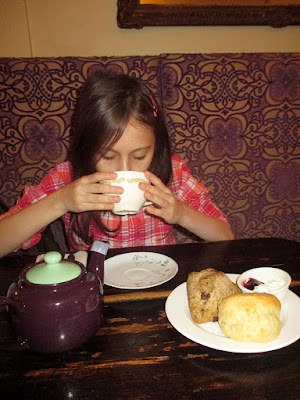