It's so hot and humid in NYC during the summer, we try to stick to indoor activities with air-conditioning (except when we go to beaches or pools). We made a sacrifice and sweated it out...to visit the Prospect Park Children's Corner in Brooklyn. Lina enjoyed riding the carousel, of course (thankfully NYC has at least a dozen merry-go-rounds). 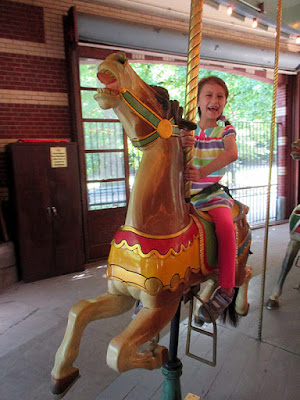 Then, she was so happy to experience our first visit to the Lefferts Historic House, which was built in 1783. She played with friends, including a game of checkers, hoop games, and attempting to walk on low stilts. She also wore wooden shoes and learned about cooking, tools, toys, furniture etc. from 232 years ago. The friendly staff were on hand to guide the kids and give great information. Lina let her imagination run wild inside a hut on the property (the people lived in it while the house was being built back then). 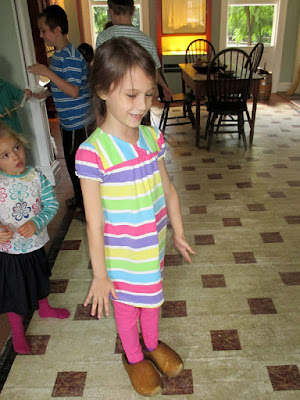 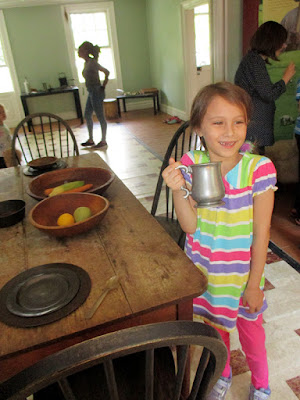 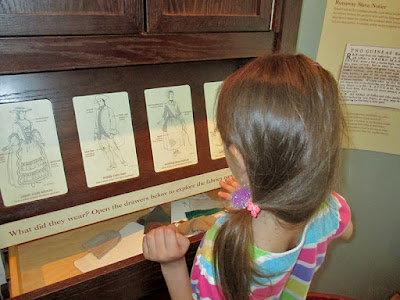 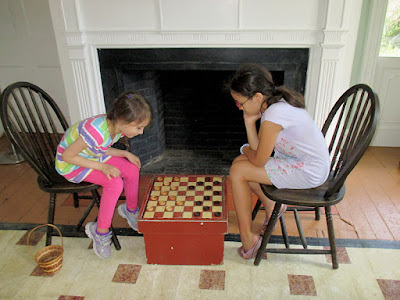 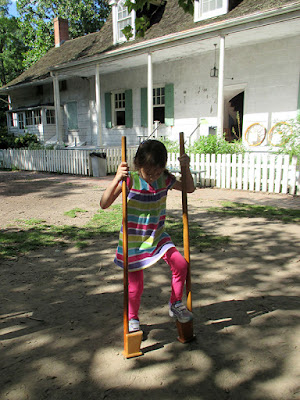 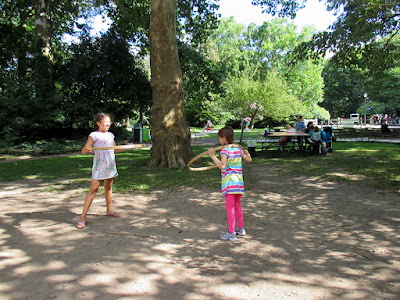 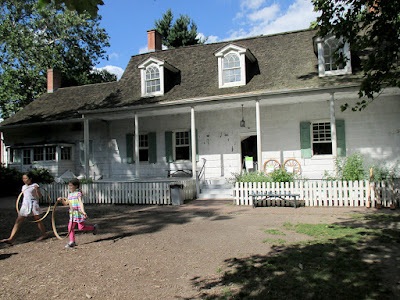 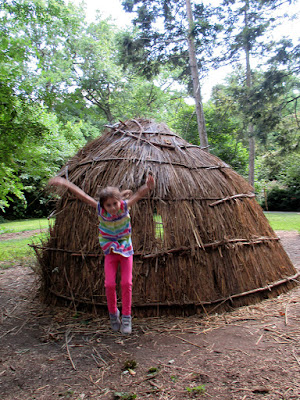 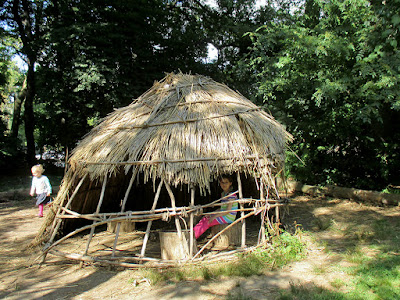 As an aside, she won the game of checkers. The staff told me Lina plays great and asked how she can compete against kids years older than her. I explained she is not a video game/gadget/TV addict. At home, she has a balanced approach in terms of her interests: she draws, sings, dances, reads, writes, figures out math concepts, asks challenging science/history questions...and she plays games mostly that don't require electrical power (just mental power, ha). She is a fan of a dozen strategic board games and card games right now. She received her first 3 board games on her 3rd birthday and a few months later she was winning (for real) against grown-ups. She learns rules quickly and enjoys logical thinking. She is demanding to learn chess now at the age of 7.
Posted by pk at 1:27 PM