I took Lina to the circus for the first time ever and she had a blast. We went to the Big Apple Circus at Lincoln Center and sat in the front row. Lina was thrilled to watch the Quick-Change duo Olga and Vladimir, with the lady changing from one dazzling costume to another so quickly (over and over and over and over again). Lina also enjoyed the silly antics of the clown and the ringmaster's funny magic tricks. I was most impressed by the acrobatics. The brothers Fabio and Giuliano Anastasini performed the very memorable Icarian act. The human body juggling was performed with one brother lying down on his back (face-up, upside down on an incline bench) using only his feet to support the other talented brother who was flipping high into the air repeatedly for the stunts. Also, we were so surprised to see goats and dogs expertly hopping up (and balancing) on the horses and riding around the ring. What a fun circus experience!
Posted by pk at 2:44 PM

On Halloween, Lina dressed up as Little Miss Muffet. She enjoyed reciting the nursery rhyme when folks asked about her costume. We went to The Plaza Hotel to attend a rawther mahvelous Halloween Costume Dance Party at The Eloise Shop. The fun party was led by Miss Christine, who connected quickly with the girls and encouraged them to use their imaginations. Lina very much enjoyed the energetic dancing, games (freeze dance, limbo etc.) to win prizes and performing in the show for the parents. 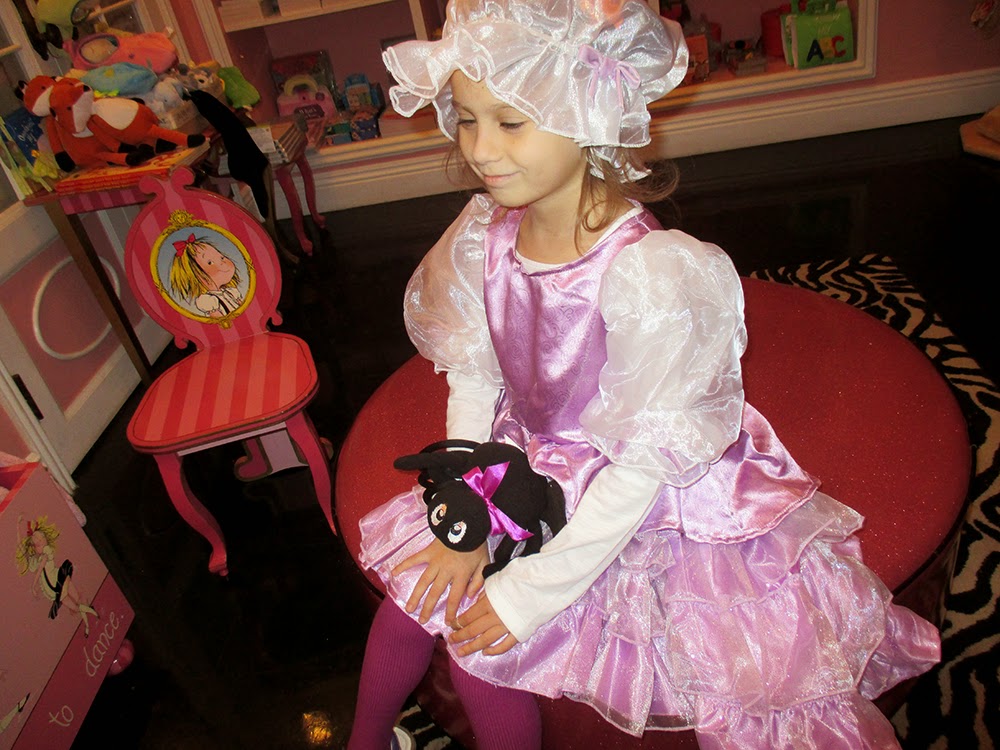 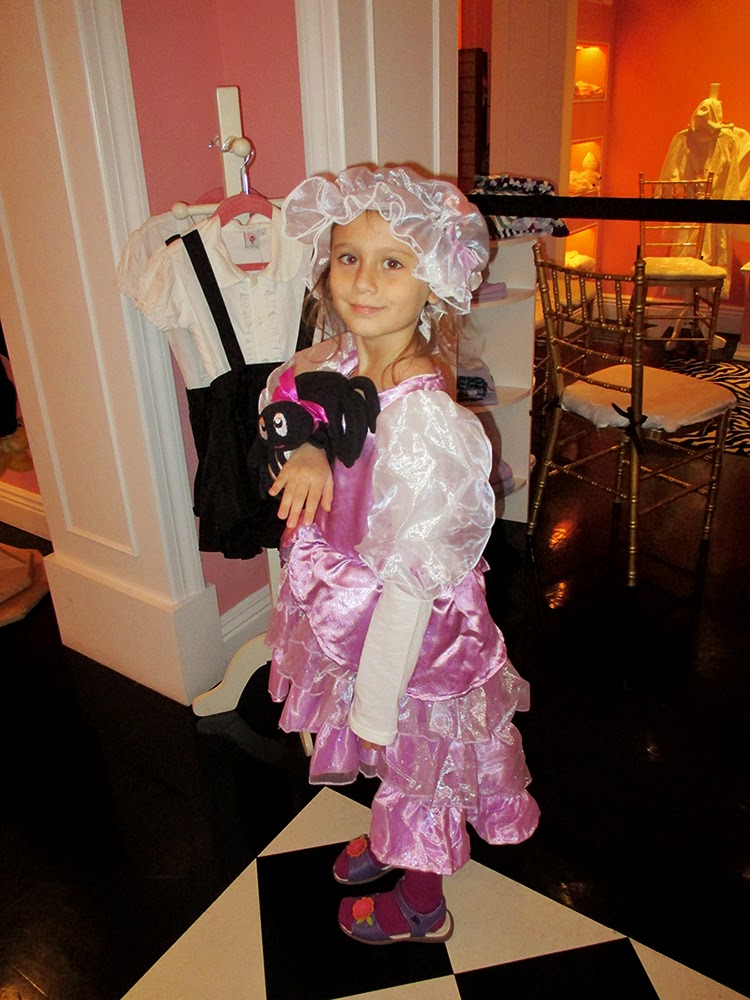 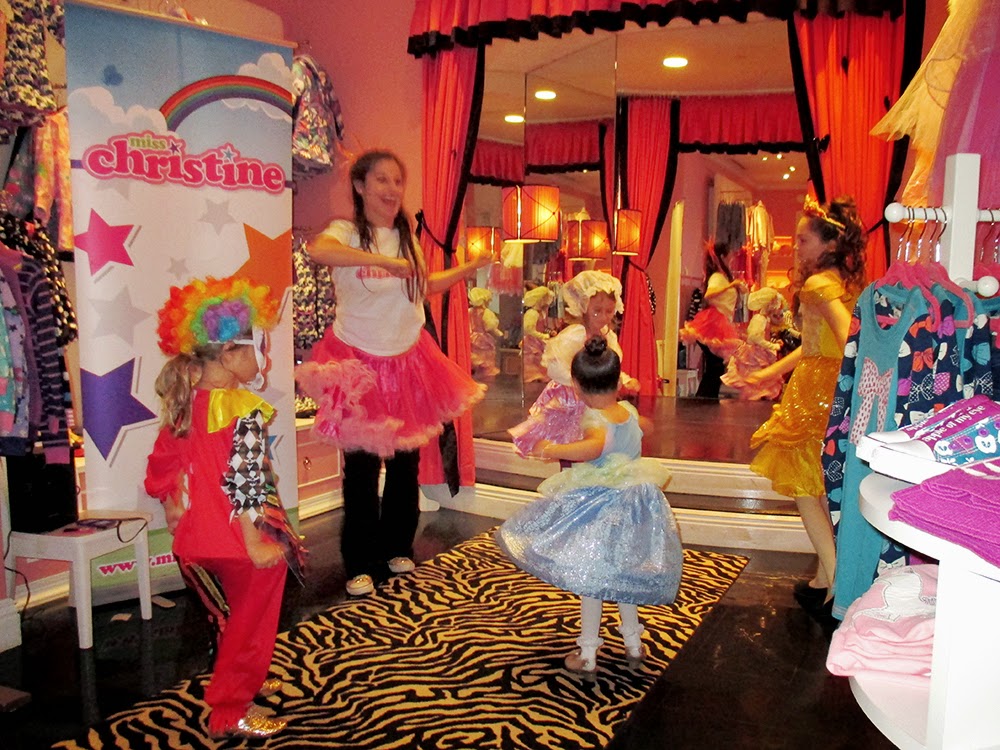 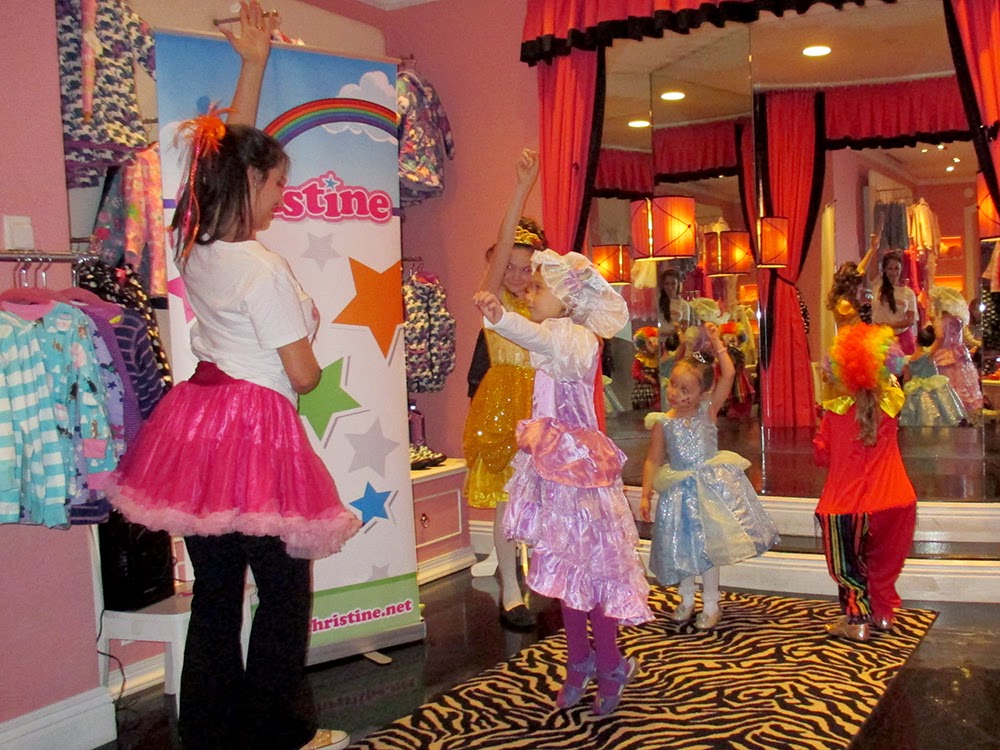 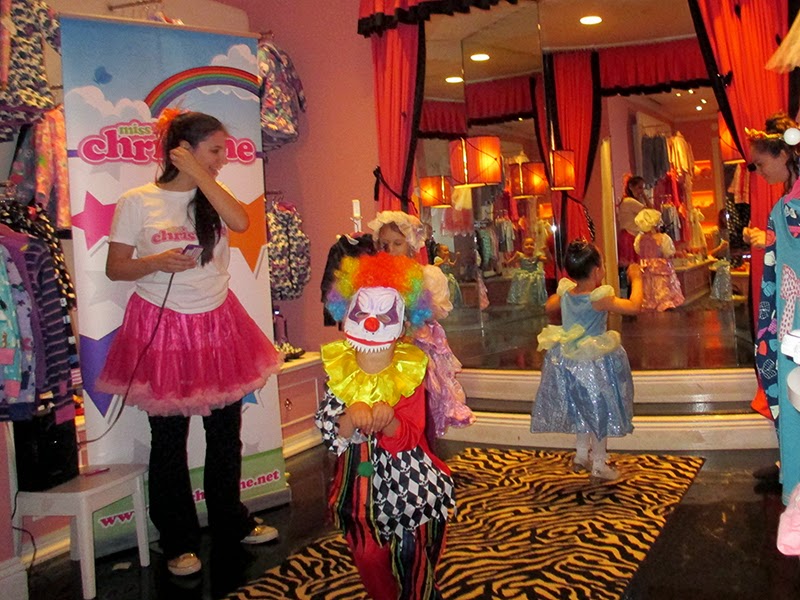 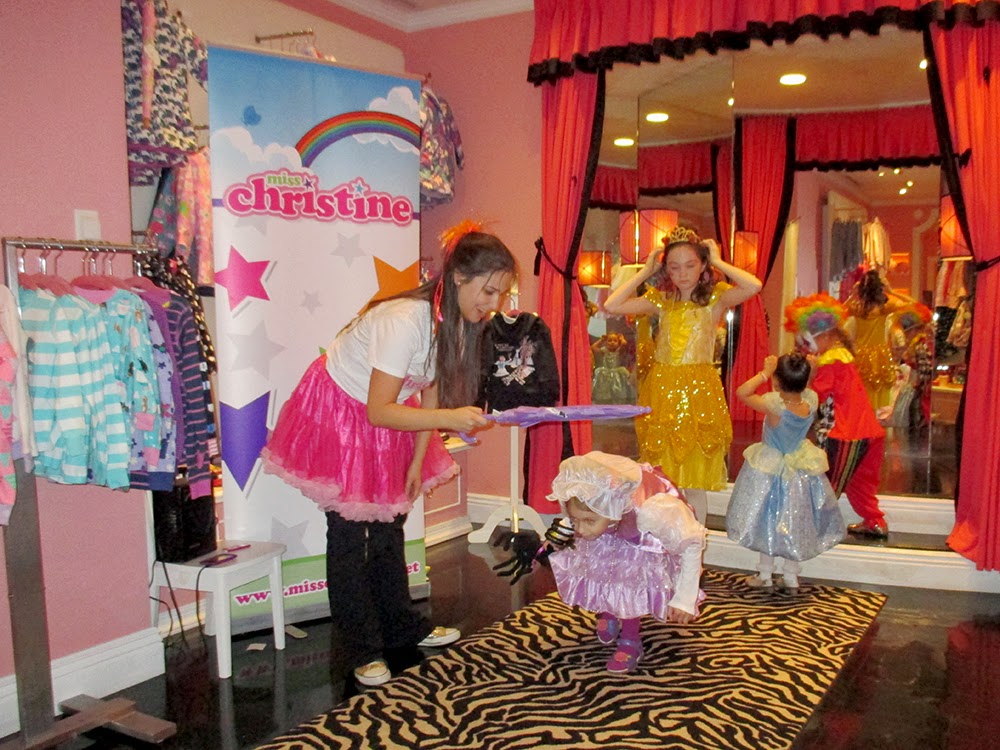 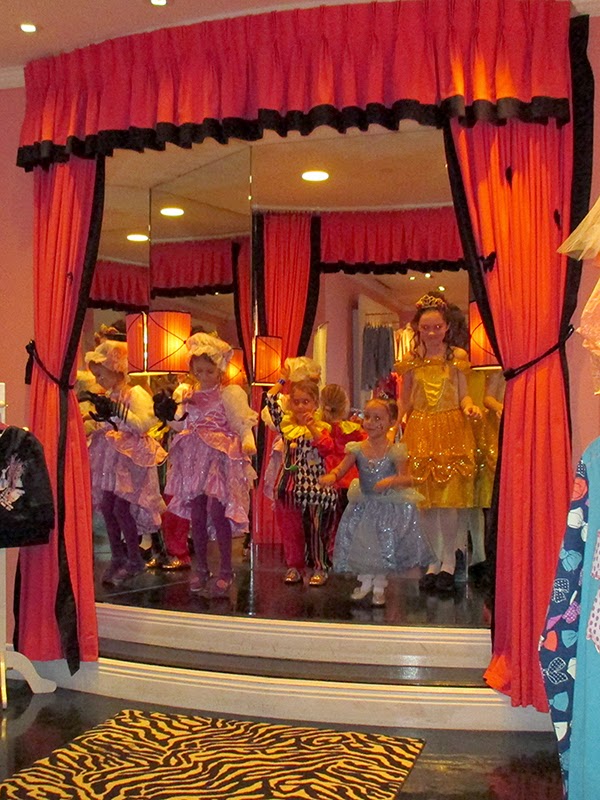 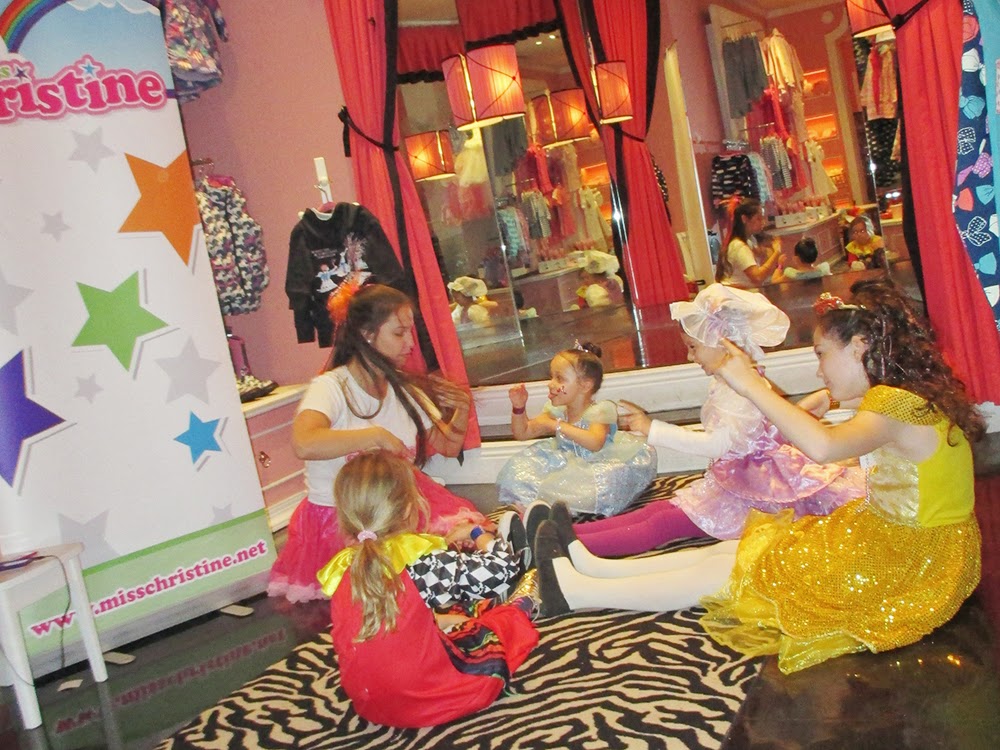 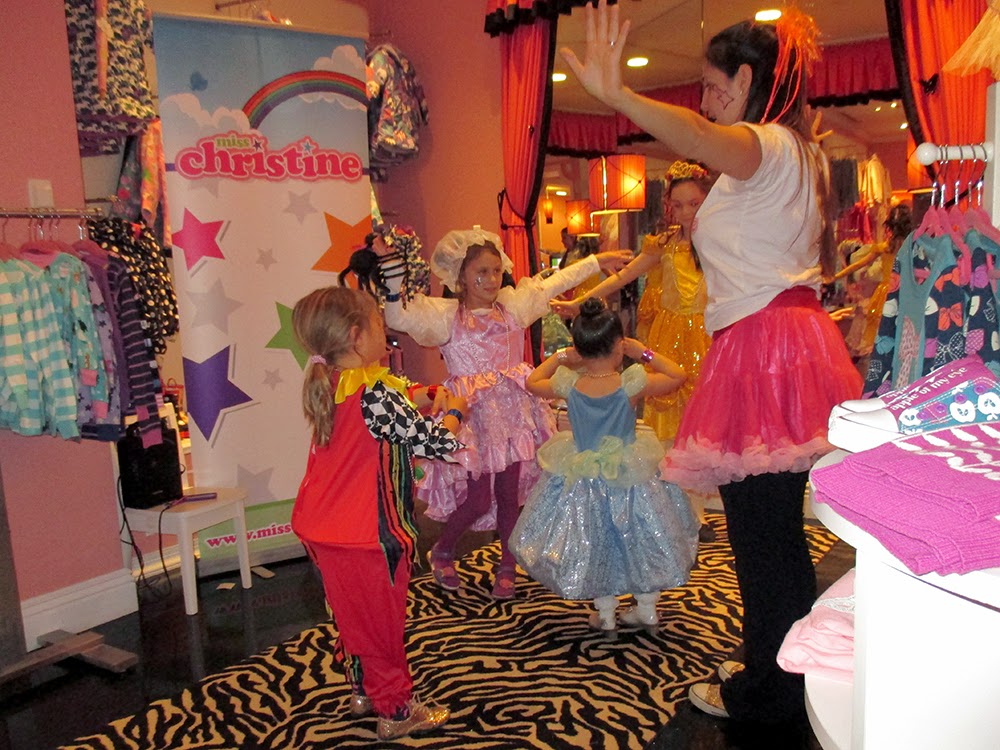 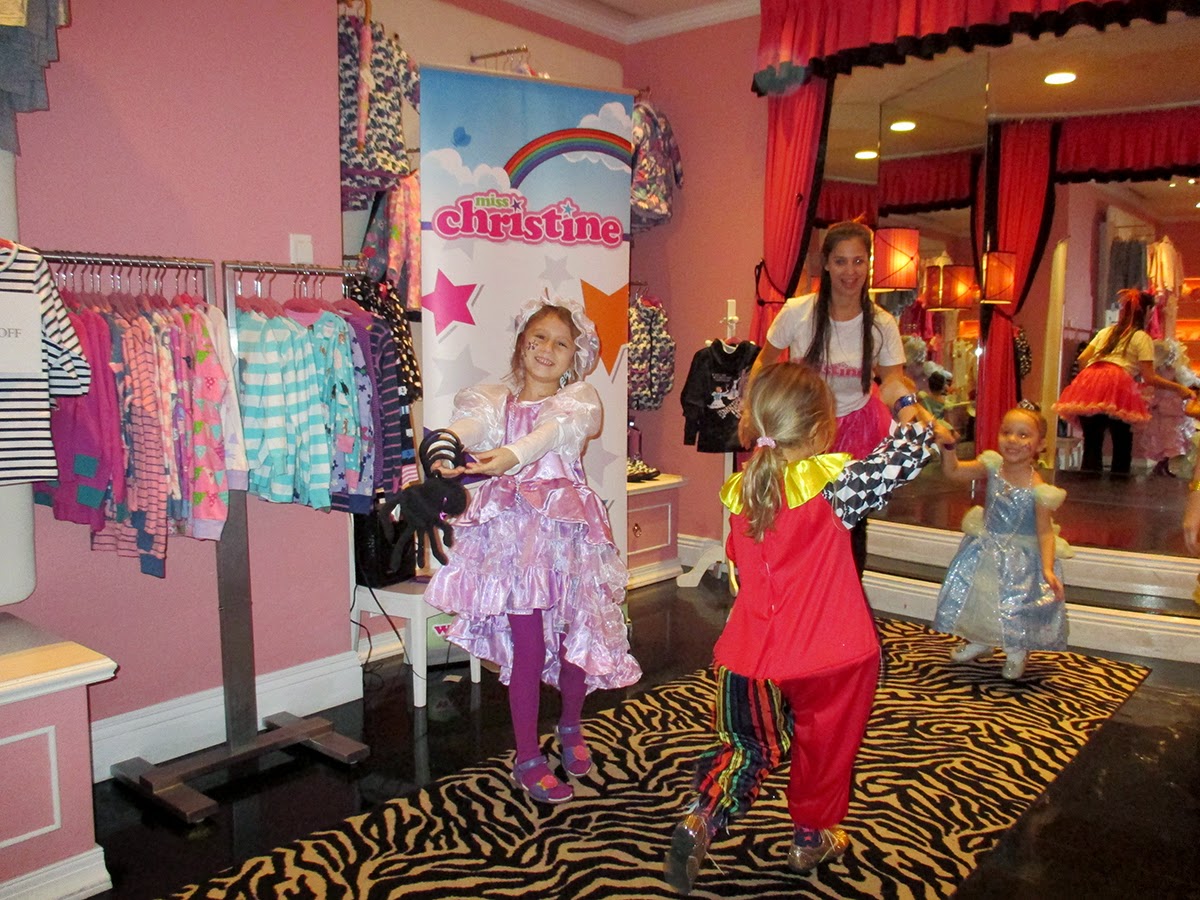 Then, they had a delicious snack...mini cupcakes, fresh fruit kebabs and pink lemonade. 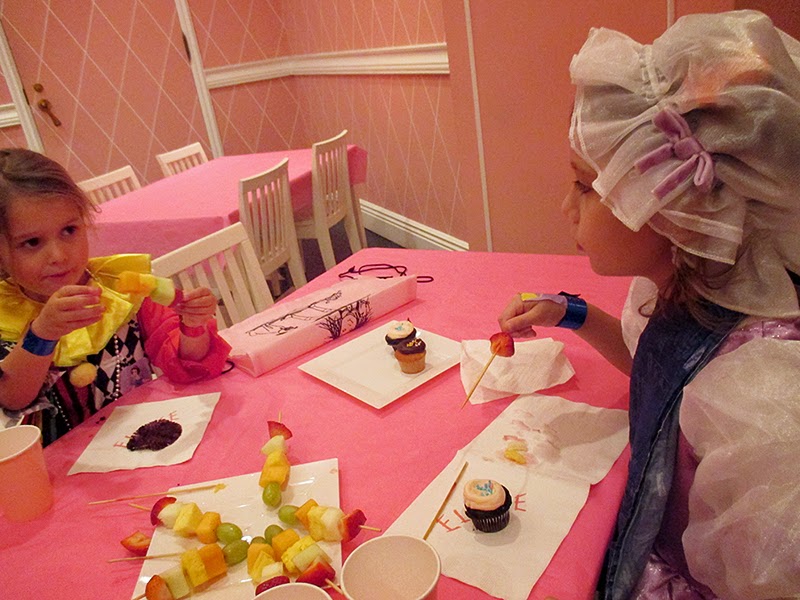 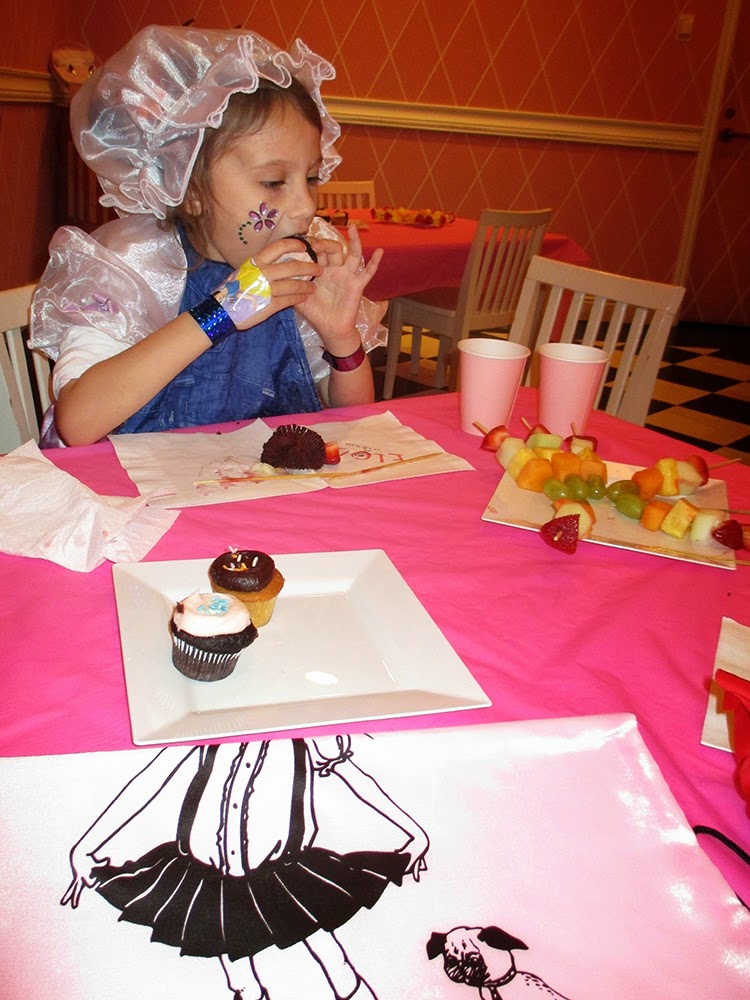 Afterwards, we went trick-or-treating in The Plaza Food Hall. 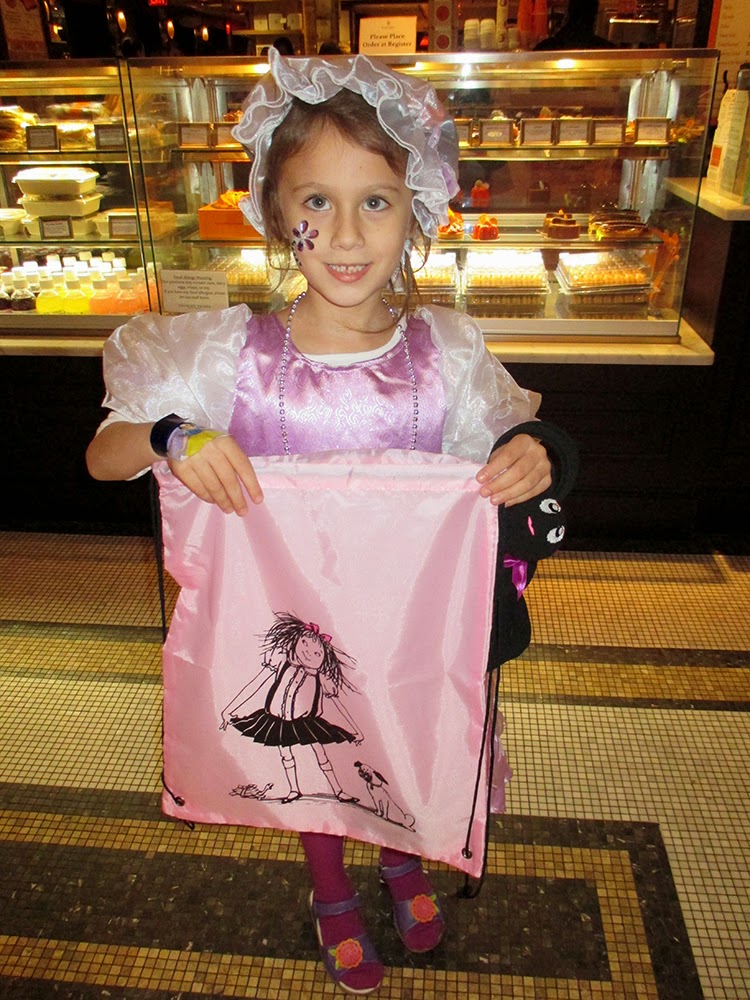 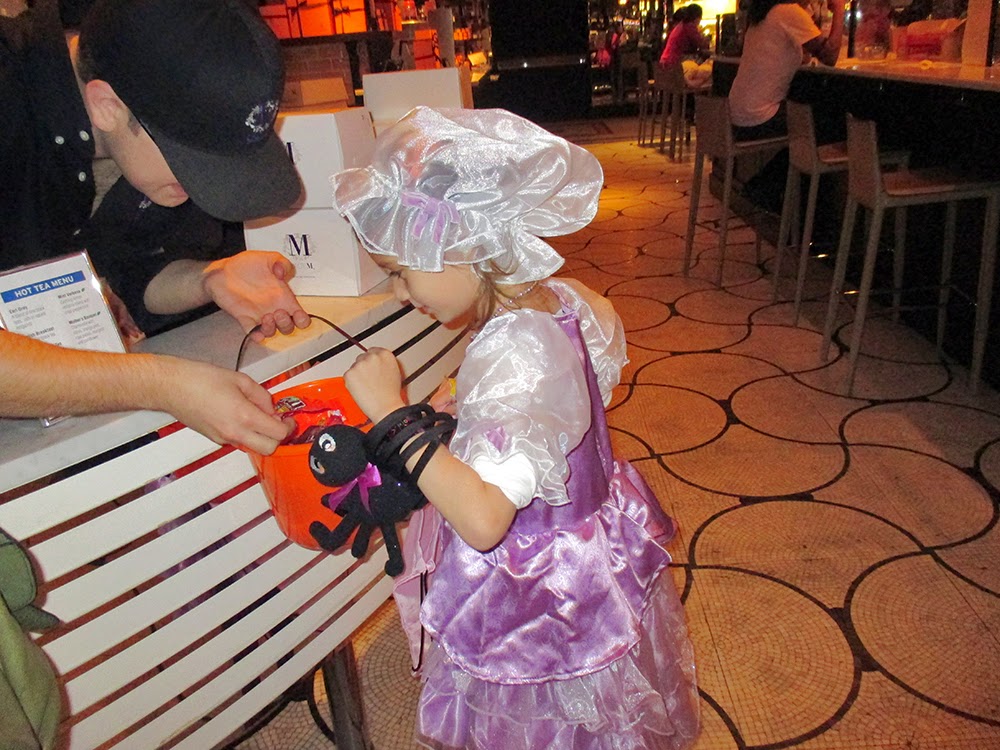 I bought an insanely yummy crab roll at Luke's Lobster, at the Plaza.

Lina had such a fantastic time...before she slept, she said "today is the best Halloween ever!" and thanked me profusely.

The next morning, she woke up and made a drawing of herself at the party. For accuracy, Lina stuck the 3D face art sticker that Miss Christine had placed on Lina's cheek the day before...right onto this picture. Lina also included the prizes she won (a necklace and two snap-on bracelets), the mini cupcake and fruit skewer she devoured and the Eloise trick-or-treating bag the store gave the kids. Detail-oriented little miss Lina also included the zebra-print carpet and musical notes (since they danced to music) and the word "Halloween" on top, which she copied from a greeting card I made for her. 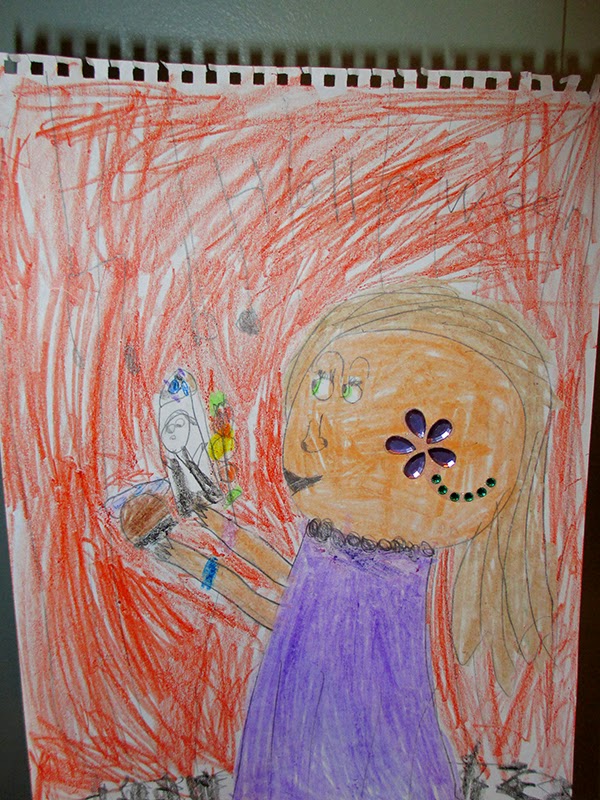 On the back of the drawing...she wrote "So Happy" (she knows how to spell dozens of words now, our home lessons are going well) and she drew two spiders, a web, a pumpkin and a ghost. 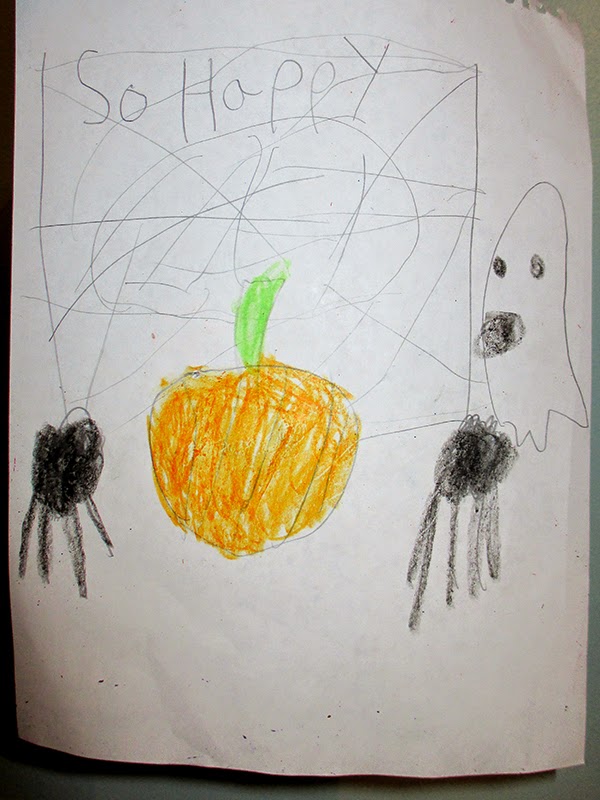