I'm happy we found this building set a few months ago at a toy store in Park Slope. It was $25 for the 150 piece plastic Popular Playstix set (which is really not enough pieces to build more than one big structure). With grooves that interlock when one Playstix piece is placed across another, it makes it easy for little kids to stack and build whatever they might imagine. She plays with this every day, building a few things and describing what she has made. 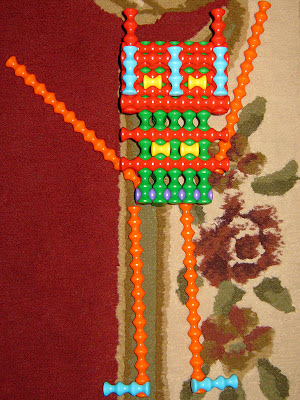 LC: "A person with a shirt on, walking on grass...and a baby looking out the window." 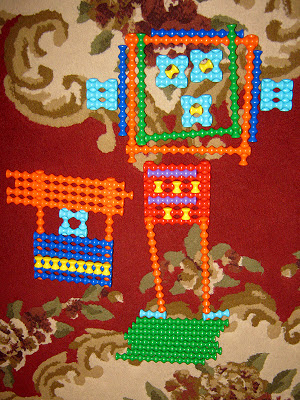 LC: "A machine making a present." 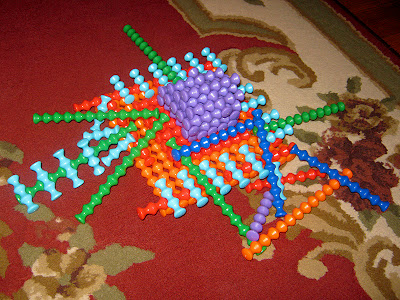 I enjoy seeing LC use her imagination and with the Playstix grooved design, she can think and build with ease. 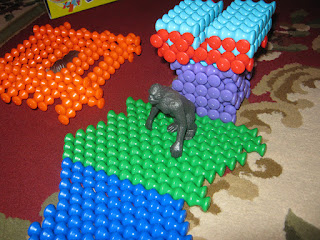 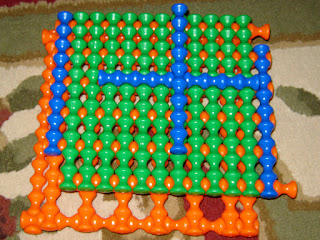 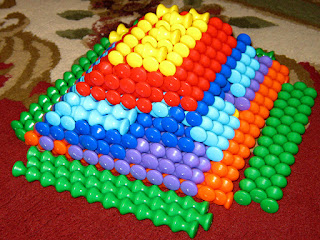 But sometimes one needs inspiration...and in that case, she turns to the Idea Booklet that came with the set. Since the different length Playstix pieces are color-coded, even four and five year olds can look at the model examples and build them without help from a grown-up. All of the creations shown above were from LC's pure imagination. All of the below photos show structures inspired by the Idea Booklet.

For example, she made a bed, three chairs and a bench (all shown below the booklet page): 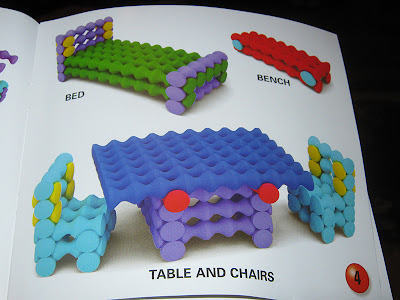 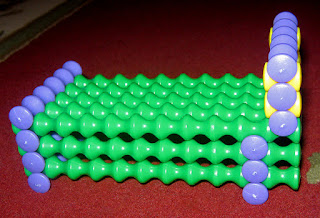 She made a car similar to the pictured model: 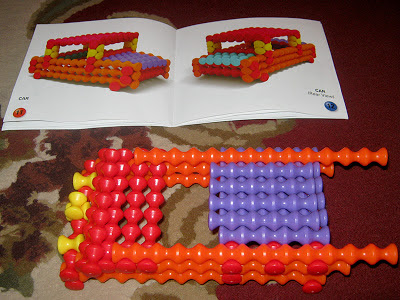 She made a step bridge just like the one in the booklet: 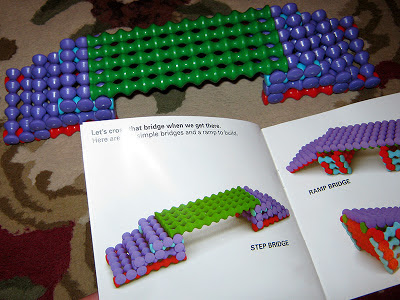 After kids have mastered the building skills (we're talking probably by six years old)...they can incorporate the Playstix "Snap and Lock." You see, if you don't do the snap and lock (and none of the above, by the way, use this feature) then the structures can fall apart (you can't really play with it). Which is fine by LC...as long as she has a photo to document it, she moves on to the next creation. She looks forward to creating something new.

But the "Snap and Lock" is very cool: 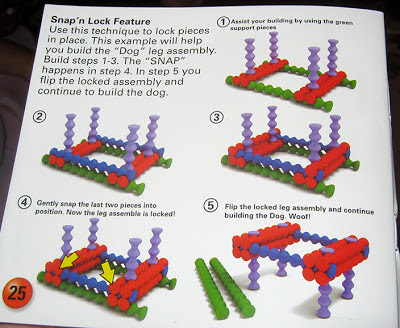 With step-by-step guidance, she was able to lock pieces in place...but it was not as much fun, since she wasn't exploring the toy on her own. I prefer that she have unrestricted creativity at this age and not feel like she has to memorize steps. 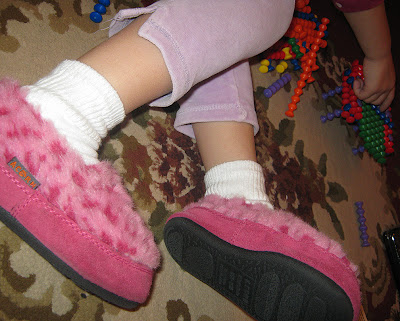